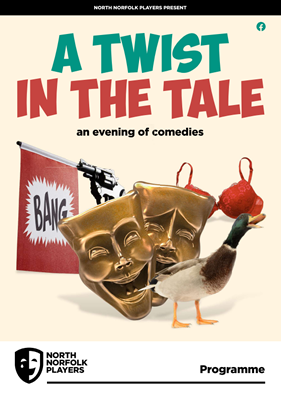 The gang are preparing for opening night, but just what are they letting themselves in for?

'Bang, You're Dead!' by Paul Reakes

Lydia is relaxing and waiting for her husband to return home for a birthday celebration in this dark comedy.

Dan and Jim are closing the pub up for the night, with jokes so awful that they surely must be good!