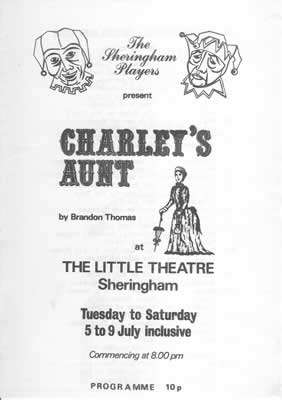 Charley and Jack love Amy and Kitty. Amy is about to go away, and Charley thinks he may miss his opportunity to ask for her hand.

Then he discovers that his aunt, a Brazilian woman he hardly knows, is coming for lunch. How fortuitous! Now the aunt can chaperone while the boys ask the girls to marry them.

Naturally, things don't go as planned. Donna Lucia, the aunt, is late, and their friend, Lord Fancourt Babberley (Babbs) shows up in drag. He is convinced to pretend to be Donna Lucia, and a wild afternoon of mistaken identity, young love, old love, angry uncles, and one beautiful, exotic aunt ensues.

In the end, just as it looks like Uncle Stephen is going to ruin everything, the real Donna Lucia steps in and graciously puts an end to the madness. All the lovers end up together and happy, except for Uncle Stephen, who was starting to fall for Babbs!