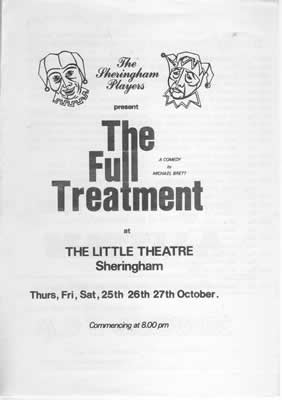 George Maxwell, journalist on a country newspaper discovers the Darby and Joan couple of all time - nearly 100 and about to celebrate their 80th wedding anniversary. The papers readers stirred by the tale, start a fund to buy the old folks cottage, and send them on a 3 day London visit that they will never forget, staying in the luxury penthouse suite of a London hotel.

It's a trip the newspaper will never forget either, bringing them close to ruination and exposure by their rival newspaper. For Sarah and Henry Mellowes, are not quite what the newspaper made them out to be. They hate the sight of each other, haven't spoken to each other for 6 months, and when the newspaper staff persuade them for appearances sake to talk, all they do is argue and quarrel. All that's bad enough, but it turns out that the "happy ever after couple" being wined and dined by the marriage guidance council, are bigamously married.

But that's not all for reporter George Maxwell, Newly married he is the ideal man for the job - reckons his editor, Frederick Elton. But Maxwell makes a fatal mistake-he takes his bride of a few hours to the Penthouse and then tells her she is sharing her honeymoon suite with the centenarians.

Not surprisingly, wife Brenda finding she has married a man and his job, and that his work comes first, beats a sulky retreat.