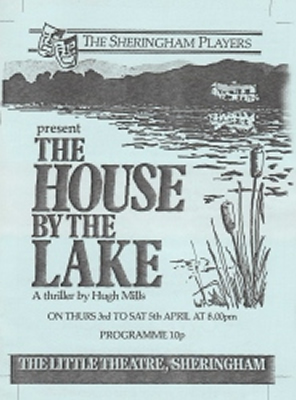 The House by the Lake is a 1956 British stage thriller by Hugh Mills.

The main characters are Maurice and Stella, a brother and sister who plot to murder their unlikeable half-brother, Colin. However, Colin's long-suffering wife, Iris, is also prompted to murder him.

The other characters include Maurice's wife, Janet, and Colonel Forbes, a neighbour.