Tiptoe Through The Tombstones: June 2000 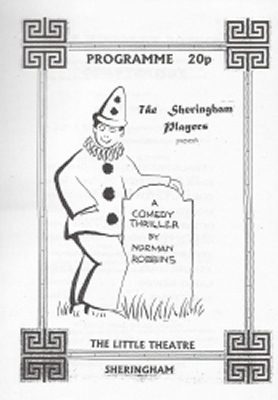 The comedy thriller Tiptoe Through the Tombstones is the second in a trilogy about the mysterious and murderous goings-on at the Tomb family home, Monument House.

Lawyer Mortimer Crayle has gathered the last remaining Tombs - those who weren't bumped off in the previous play - at the estate, ostensibly to inform them about their inheritance. But he has designs on that inheritance - designs which demand the death of all the Tombs.

As the fog rolls in, hosts and guests become embrolied in Crayle's nefarious plot. In the cobwebby corridors things and people are seldom what they seem. Poison is in every decanter, people disappear mysteriously, and hosts and guests join the rising pile of bodies in the cellar. A glorious spoof of the "Gothic horror" genre.