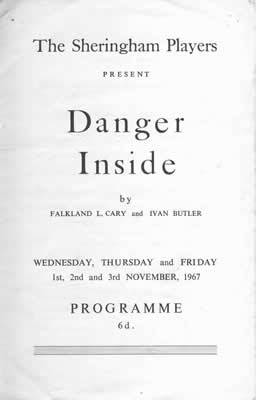 "The Marsh Inn" is run by Mrs Grayson and her grandson York. Among the guests are Louis Westcott - a frail young man who turns out to be a drug addict and Una Debrek, a research scientist.

Una and Louis are in cahoots together to smuggle radioactive material out of the country. When Louis loses his sight due to the drugs he has been taking - York, who has discovered what is going on - sees an opportunity to get hold of money. Una persuades him to murder Louis and take his place.