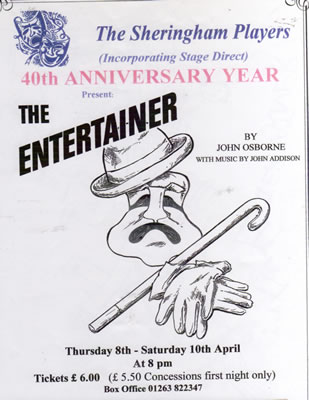 The Entertainer is set in 1957 and introduces us to a failing music hall comedian, Archie Rice, and his family; father Billy, daughter Jean, wife Phoebe and son Frank, along with his brother Bill and Jean's fiancé, Graham.

Set during the time of the Suez Crisis, Archie's son Mick is away at war and the play charts the expectations of the family, preparing for him to arrive home safe and well, mirroring at times the feelings of many families today who have children serving with the forces away from home.