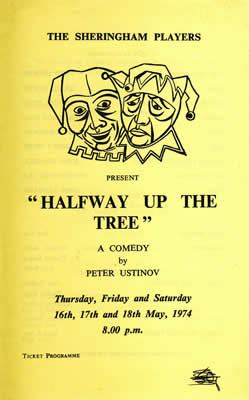 This timely satire on the everlasting generation gap is not content to dally with the problem, but boldly thrusts on by having the older generation beat the younger at its own game.

It begins with the return from middle east duty of a general who finds he hardly recognizes his children. His son has embraced the new cult of the moment and his daughter is enceinte by persons unknown.

Rather than rant and rave, the general looks into the matter. And, by George, he even adapts to it. The children protest that he is aping them and trying to shame them into going back into society; but no, he is in earnest as he climbs a tree and elevates the cult to new realms. Soon, everybody wants a tree to climb into.