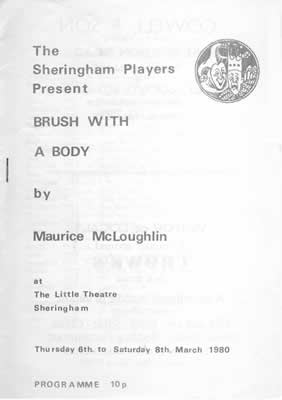 In Sybil Walling's absence her children call in the chimney-sweep, whose brushes dislodge not only soot but a body. When Sybil returns she tells them that, just before he died twenty years ago, their father had killed a Soho gangster and had hidden the body in the chimney.

The police descend in pursuit of an amorous patient of Sybil's son Henry, which leads to hilarious misunderstandings and surprises.