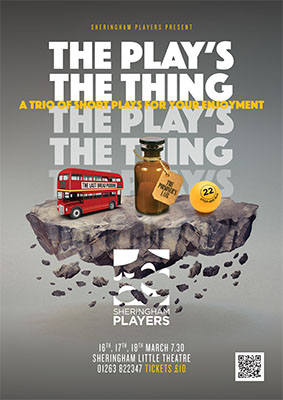 'Stop And Run' by Diana Raffle

When Eileen Dodds sent her husband out to get a portion of chips and two pickled eggs, she never suspected he would run off with the shop owner and not be seen for five years - but that's exactly what happened! Thirty years later, Eileen has decided to take her life back into her own hands, and much to the surprise of her daughters, Jackie and Tracy, she has returned from a holiday with Raymond, a blind bingo ball caller, who she intends to marry in a week's time! But is Raymond only after her money? And will Eileen ever find true happiness?

'The Poisoner's Lair' by David Campton

Gabriotto, an apothecary in Renaissance Italy, is visited by three disreputable characters: a court official, his mistress and his wife. They all want poison to dispose of each other, but the apothecary is unwilling to supply the deadly doses. After he is forced to do as they asked, he discovers that he has inadvertently provided them with aphrodisiacs.

The committee of an amateur drama group is meeting to discuss a new play. We notice that, strangely, the presentation of the meeting to us is reflecting the ideas put forward by the committee, making the play a demonstration as well as a discussion of those ideas. A clever and entertaining piece.