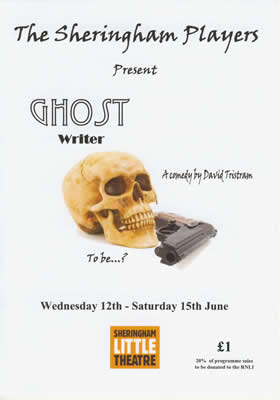 At the last night party of a production of Hamlet is one Edward Pinfold, a promising young playwright, and husband of the talented but tempestuous actress Ruby, who had played Ophelia.

Tragically, that very night, Ruby - a renowned reveller with a reputation for burning the candle at all three ends - is found dead in bed. An overdose of naughty pills and booze. The theatre world goes into a state of mourning that barely lasts into the afternoon.

One year later, however, Edward remains deeply affected. Unable to face the emotional torment of living in the house he shared with Ruby, he has moved into the attic room of one of his oldest actor friends, Alex.