And Evermore Shall Be So: November 2015 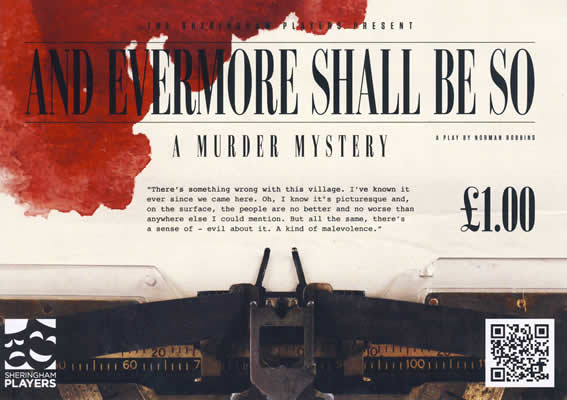 This is a murder mystery with more than a touch of humour about it. Taking its title from the traditional song "Green Grow the Rushes O", the play explores the events surrounding a murder which took place four years previously and how strangely the song lyrics seem to fit so well with the circumstances.

The action focuses on the repercussions that can be felt where there is "something wrong with the village ... a sense of evil about it ..." An author, cousin of the vicar's wife, arrives, having been encouraged to write a book about the murder.

Old tensions and suspicions are brought to the surface as not everyone is in favour of raking up the past. Offering ten good acting roles, the story twists and turns, leaving your audience guessing until the very last speech of the play.