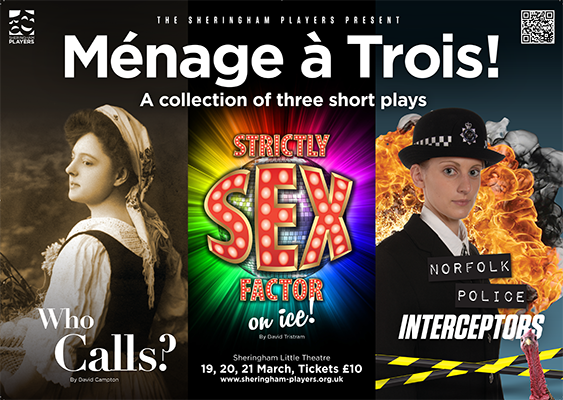 Who Calls? by David Campton

A one-act play with an all-female cast, set at the turn of the 19th - 20th century. The mistress of the house is laid out in her room, declared dead by the doctor. Her considerable wealth of jewellery is accounted for and locked safely away. The household retainers are gathered together in the kitchen... so who's ringing the call bell?

"...the funniest thing I have seen or heard for a long while. My wife could hardly control me."
Tim N, streetlife.com

Little Grimley Amateur Dramatic Society are on the ropes again, confounded by the Saturday night television schedules. Will chairman Gordon's latest wheeze rescue them once more?