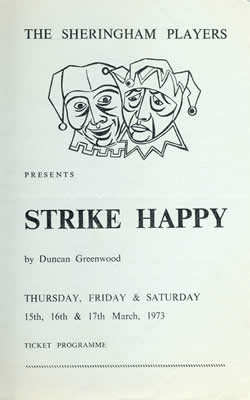 A comedy of errors centring around the home of union member Albert Helliwell, lazing at home while his factory is on strike.

After he decides to take in lodgers to supplement their income, his wife declares strike action herself and moves out, leaving Albert to cope with the arrival of glamorous variety actress Mrs. Flannel and her daughter, who get rather too comfortable in the Helliwell home.