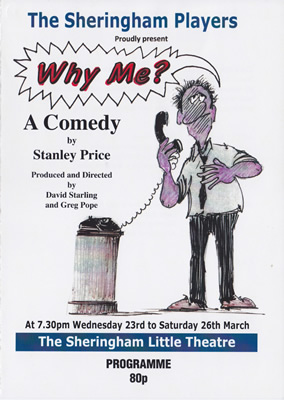 John Bailey returns to his South London home a member of the "over three million club" and bitter recipient of a "tarnished chrome" handshake. In the course of the ensuing summer he struggles bravely with job rejections; loss of dignity in the face of his wife Helen's hugely successful pizza business; an adulterous affair with the next door neighbour; the incipient break up of his marriage; the shattering revelation that his teenage son is a transvestite rock musician; and repeated forays into his living-room by his mother-in-law who refuses to stay in her adjoining granny flat. He finds comfort in the Book of Job, seeing it as a parable for the recession and, eventually, like his biblical counterpart, the ending is a happy one. He is united with Helen, both in marriage, once again, and in a rather tasty new business venture!