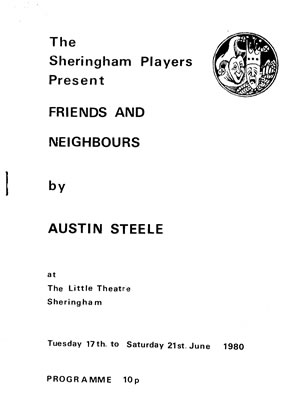 Full marks for accents in play

"Friends and Neighbours" can't be the easiest play to present. The actors who don't have to wrestle with a Lancashire accent have to tackle a Russian one instead.

Sheringham Players opened a five night run of the Austin Steele comedy at the Little Theatre. It is a simple plot. Lily and Albert Grimshaw, played by Joan Spall and Paddy Corden, play hosts to two Russians (Chris Lea and Sandy Roper).

Neighbours Doris and Wilf Holmes (Dot Swift and John Meikle) pop in from time to time. The husbands are hen-pecked, the Russians are dead-pan until loosened up by vodka, and gormless Sebastian is a caricature of someone we all know.