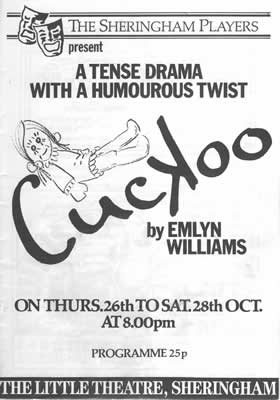 Spoiled and cossetted over the years by her devoted mother, Cuckoo's future is thrown into crisis by the death of Mam. But it's not just Cuckoo's future which then bcomes doubtful - what of sister Lydia's plans to marry wealthy Jerome, and those of her aunt Madam, and the physically disabled Uncle Powell?

First produced at Guildford with Rosemary Leach in the title role, this absorbing and touching play reveals the hidden depths in the woman who has always been treated as a child.